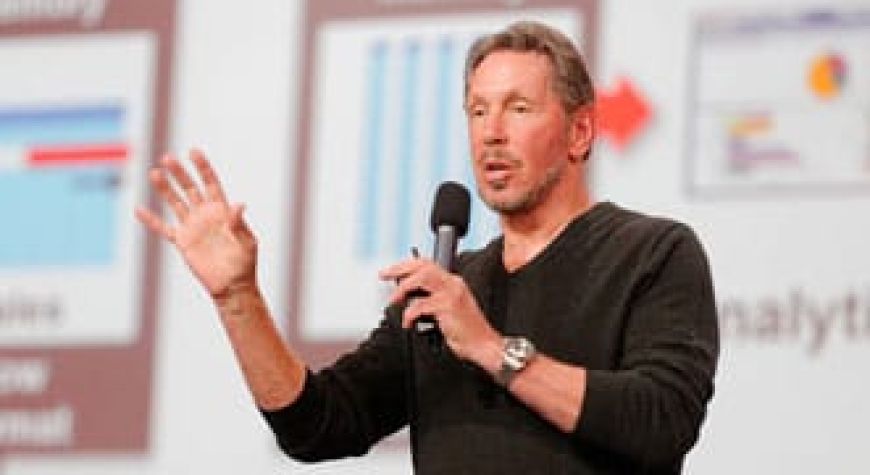 The Musashi, the Katana, the Ronin, and the Rising Sun

Owning one superyacht is just not enough for some celebrities – like Larry Ellison. The American billionaire has owned several yachts over the years.

Some of the yachts the technology magnate owned are the beautiful 58 metre yacht Ronin, which was designed by Norman Foster, the 75 metre yacht Katana (now known as Enigma) which was built by master yacht building company Blohm and Voss, and the majestic 138 metre yacht Rising Sun, which now belongs to David Geffen. Currently, Ellison owns the Musashi, an 88 metre yacht built by Feadship.

The stories behind some of Ellison’s yachts

According to Ellison he sold the Rising Sun and bought the smaller Musashi because it is more suited to his needs. He enjoys sailing to exotic destinations across the world, many of which a colossal ship like the Rising Sun cannot access. The Katana was originally built for Emillio Azcarraga, a Mexican media billionaire who achieved his success by founding the mass media company Televisa. Azcarraga named the yacht Eco, and kept it until he passed away and his family sold it. The Ronin was built for a Japanese millionaire and originally named Izanami, after the Japanese goddess of creation and death. Ellison bought Izanami, renamed the yacht to Ronin and eventually resold it to Victor Vargas, a banker from Venezuela who owns the Banco Occidental de Descuento.

Named after a 16th century samurai, Miyamoto Musashi who was known as the greatest samurai ever, the Musashi is a luxurious yacht sporting a basketball court, five decks, and a cra

ne to launch its racing boats. Valued at around US$13 million, the Musashi can accommodate up to 18 guests in nine luxurious cabins. It was constructed by the Dutch ship yard Feadship, in collaboration with the naval architect De Voogt, and Sinot Yacht Design. Elegant and earthy tones feature throughout the yacht, and the glass elevator adds yet more class to the overall design. Down lights and other strategic lighting set the mood throughout the elegant vessel and state of the art technology ensures absolute comfort and safety. The launch of the Musashi took place in 2011.

Entrepreneur, IT man – and lover of luxury

Larry Ellison started his career working in the IT industry in the 1970s. He was working for Ampex Corporation when inspiration struck to create a better product, after spending several hours working on a database. Ellison set out to start his own company which was then known as Software Development Laboratories (SDL). Once the company launched its first successful product, the Oracle database, the company was renamed to match the product.

Oracle Corporation is now one of the biggest software companies in the world, with over 135,000 employees and more than US$38 billion in sales – and Larry Ellison is one of the wealthiest people in the world. His net worth is estimated at around US$45 billion. In his private life Ellison has been married, and divorced four times. Besides beautiful yachts, he also owns several exotic cars, aircrafts and luxury homes. Ellison also starred briefly in the Hollywood hit Iron Man 2.