The Oasis is a custom superyacht that was built in 2006 by the world renowned shipyard Lurssen Yachts. It is a stately vessel comprised of 195 feet of pure luxury floating on water. It is not known who the Oasis was originally built for, or who owned it until 2009 when it was bought by Google Executive Chairman Eric Schmidt for US$72 million and refitted to his taste shortly thereafter. 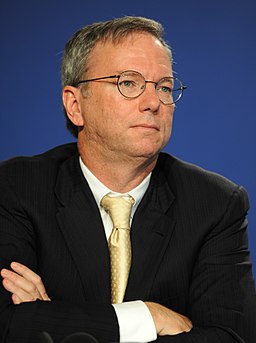 Renowned yacht design company Glade Johnson Design is responsible for crafting the beautiful interior and exterior of the Oasis. Timeless décor, luxurious furnishings and fittings, and plush seating throughout the yacht create a sophisticated yet comfortable atmosphere.

An Oasis for Travellers

The Oasis can comfortably accommodate 12 guests in six beautifully designed and decorated staterooms. The rooms comprise of a master suite, a VIP room, three double cabins and one twin cabin. The master suite has walk-in cupboards and all the other rooms are generous in size and luxuriously comfortable. In addition to the six guest rooms, a crew of 15 can be accommodated to make every visitor’s journey relaxing and enjoyable. In terms of entertainment the yacht offers an expansive sun deck with a Jacuzzi, BBQ facilities and a gym which converts into a disco for night time fun. The Oasis provides the comfort of stabilisers at anchor and air conditioning throughout and guests can keep in touch with the outside world through the on-board Wi-Fi connection.

Built with a strong steel hull and topped with an aluminium superstructure, the Oasis has s custom displacement and was built to comply with the rigid standards of MCA and Lloyds Register. Despite its large size the yacht has a cruising speed of 12 knots and a maximum speed of 16 knots. The Oasis can travel for 5,500 nautical miles on its 150,000 litre fuel tanks.

Eric Schmidt – Owner of the Oasis

Born on 27 April 1955, Eric Emerson Schmidt is an American businessman, software engineer and one of the top 120 richest people in the world. As in 2017 he is the Executive Chairman of Alphabet Inc. and has an estimated fortune of US$11 billion. Schmidt was born and raised in Virginia in the United States and was one of three sons of a psychologist and an economics professor. When he graduated Schmidt earned as many as eight varsity letter awards. He started his studies in architecture at Princeton University but switched to electrical engineering – a degree he completed in 1976. Schmidt also achieved a M.S. degree and a Ph.D. both degrees it IT. Schmidt started his career as an intern with Bell Labs where he made his mark when completely rewriting Lex, a program that generates lexical analysers for UNIX. He served for four years as CEO of Novell and for over a decade as the CEO of Google.

Outside of his highly successful career in technology, Schmidt was married to Wedy Boyle and has two daughters from the marriage, Sophie and Allison.