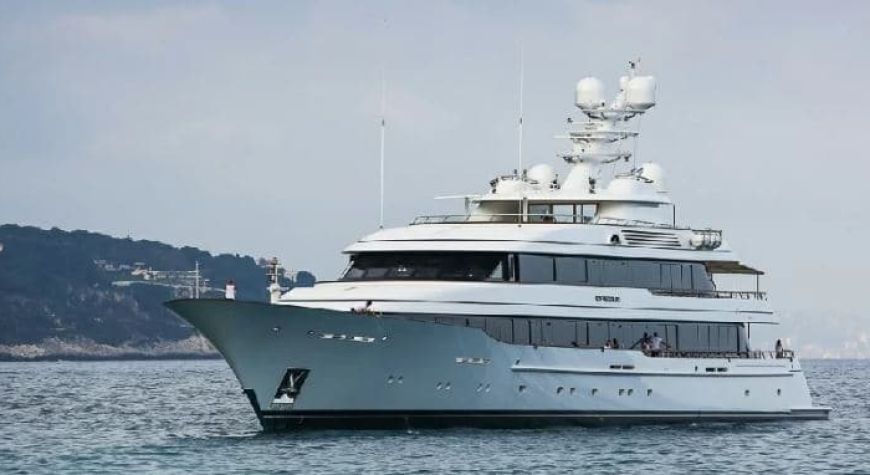 Fashion mogul Amancio Ortega’s sleek Drizzle yacht is every bit as stylish as the fashion brands he brings into his retail outlets. The 67-meter superyacht was designed by De Voogt Naval Architects, built by the Dutch shipyard Feadship, and completed in 2012. Feadship is one of the leading shipyards in the world and has built several other luxury yachts for prominent individuals, such as Bernard Arnault’s Symphony, Lawrence Stroll’s Faith, and Larry Ellison’s Musashi. The lavish interior was designed by Redman Whitely Dixon. Drizzle has an estimated value of $80 million.

The timeless exterior of the Drizzle seamlessly merges with the luxuriously appointed interior, which effortlessly blends classic décor with contemporary finishes. Its traditional low profile contrasts with and enhances the contemporary feel of Drizzle. Powered by two MTU diesel engines, Drizzle can cruise comfortably at around 12 knots and can reach a top speed of up to 16 knots with a range of over 4,000 nautical miles. It is able to comfortably accommodate ten visitors in five comfortable and spacious double cabins along with a staff of 18 in nine crew cabins. Three decks provide ample space for entertainment and relaxation, and the Ortega family is regularly seen cruising and relaxing around the world like in places like St. Tropez.

Known as a keen yachtsman, Ortega has owned several yachts, and this is not his first yacht named Drizzle. It is the replacement for a smaller yacht of the same name which was sold to a Japanese businessman who named her Issana. The Japanese owner then sold the yacht on to an American real estate developer called Jeffrey Soffer, who renamed her Madsummer. Although the first Drizzle was smaller at 55 meters, the two yachts are styled in a similar way and also similarly proportioned. In fact, Drizzle and Madsummer look like they could be sisters.

The King of Fashion

Amancio Ortega is a Spanish billionaire and the founder of Inditex fashion group, the largest clothing retailer in the world. Inditex owns Zara, Bershka, Massimo Dutti, Pull & Bear, Stradivarius, and many more clothing retail giants. The company owns over 7,200 stores around the world and employs over 160,000 people. With a net worth of around $70 billion, Ortega is the wealthiest man in Spain and one of the wealthiest in the world. Besides the Drizzle and his other yacht Valoria B, Ortega also owns luxury properties in London, New York City, Chicago, Seattle, Miami Beach, and Madrid. Luxury yachts are not the only luxury vessels in which Ortega is interested. He also owns a Gulfstream G650 private jet worth around $75 million.

Ortega is married to Flora Perez and has three children, Marcos Ortega Mera, Sandra Ortega Mera, and Marta Ortega. Known as an active philanthropist, Ortega donates towards charitable causes including breast cancer research through his charitable foundation. One of his most significant donations was €300 million, which was used to purchase equipment used to treat cancer. Ortega is known for being private about his personal life and rarely gives interviews.